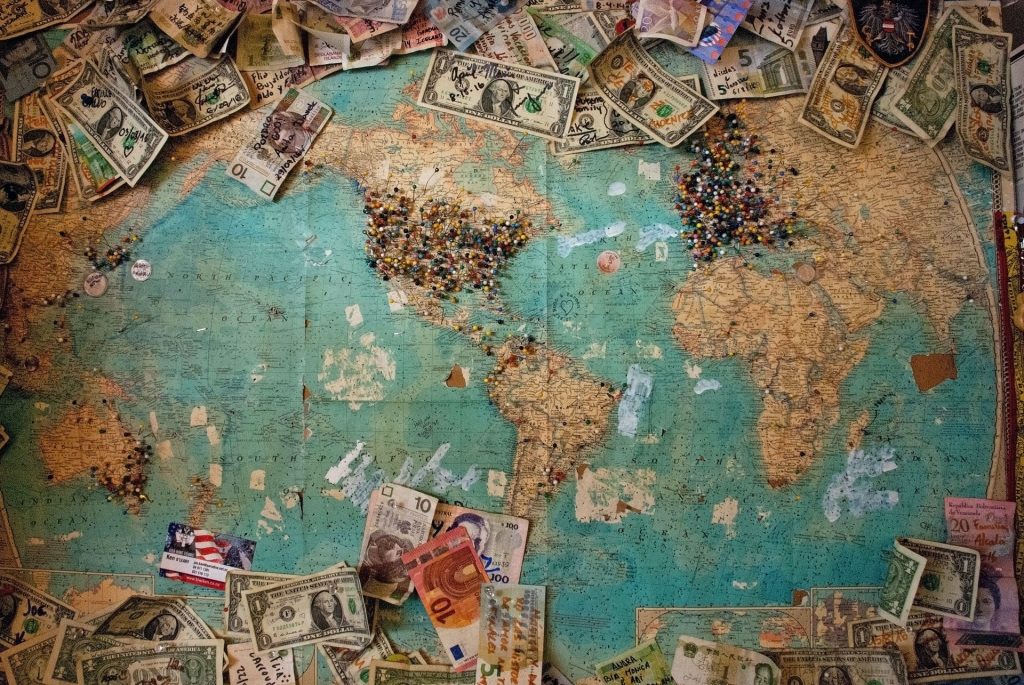 The evolution of money: from barter to digital currencies

Money, as we use it today, is the result of a long process. Its physical characteristics are worthless without the value that people place on it. We use it as a medium of exchange, allowing us to trade goods and services.

Standard money did not always exist and in its early ages, people utilized other forms to exchange goods and services. With the changing requirements of economies and the evolution of technology, money and payments have changed considerably. As we speak, credit card transactions and digital currencies enable people to purchase goods and services virtually, in a matter of seconds. On top of that, there are currently over 150 currencies worldwide.

How did we get here? Let’s find out more about the evolution of money, how it was used in its early ages, and what brought us where we are.

When barter was used as an exchange medium, the needs of people were very limited. The barter system has been used for centuries and it dates to 6000 BC.  This trading method doesn’t involve money and it relies solely on exchanging goods and services for other services and goods in return.

Bartering was common among Mesopotamia tribes and it was later adopted by Phoenicians. Belongings were exchanged for munition, herbs, food, and tea. Salt was considered a common exchange item and Roman soldiers wanted it so much that their salaries were paid with it. Europeans traveled around the world to barter crafted items and furs in exchange for silks and perfumes. Livestock was as well demanded in bartering. If someone owned cows and sheep, it meant they were wealthy.

Similar to barter, commodity money worked under the same principle, with the only difference that societies placed different values on specific items. Let’s assume that we have two farmers, X and Y. X is growing olives and Y is growing potatoes. Farmer X needs potatoes and offers farmer Y olives in exchange, but Y doesn’t need olives at all. As a result, Y refuses the offer and the exchange fails. This was the main challenge of barter. It was quite hard to agree on two goods to be exchanged.

Therefore, common things like shells, salt, and pebbles (small stones) were looked at as commodities for exchange. This enabled farmer X to sell his olives in exchange for shells (as money), and with those shells, he could simply buy potatoes from farmer Y. Commodity money brought the birth of money in ancient times and economies started to develop because of that.

As people were using commodity money more often, they identified new problems. This trading medium had three major common defects – perishability, indivisibility, and heterogeneity. They couldn’t be kept for a long time, so people couldn’t repay their loans or save it for other needs in the future. Besides that, commodities were not the same in every market, and trading with other regions was very difficult.

King Alyattes of Lydia became the first to mint official currency in 600 B.C. This currency was represented by coins, made of silver and gold. Coins were stamped with pictures to avoid counterfeiting. Each coin had a different value which made it easier for people to estimate the cost of items. As a result, this adopted currency helped Lydia’s both internal and external trade, classifying it as one of the richest empires in Asia Minor. If you’ve heard the saying “as rich as Croesus”, it refers back to the last Lydian King that issued the first gold coin. Soon after that, countries started to mint their own coins with different values.

Paper currency was first developed in Tang dynasty China during the 7th century, but true paper money only appeared during the Song dynasty, in the 11th century. Marco Polo was the one that introduced the concept of paper money in Europe, during the 13th century. Back then, paper money was used to buy goods and it operated in many ways just like currency nowadays. The main difference was that currency was issued by banks and private institutions. Now, the government is responsible for issuing money in almost all countries.

Representative money (paper money) was made and is currently made of materials with little to no value. The real value was backed by a bank’s promise to exchange that piece of paper for various goods, such as gold or silver.

As money became the main standard and societies started to realize that living a good life is dictated by a piece of paper, life was not safe anymore. Paper money had no protection from theft and rich people were treated as targets by thieves. In response, a banking system was created. This model enabled people to save their earnings into a safe savings account and allocate loans for people in need. However, in its early stage, the biggest issue was that moneylenders were exploiting poor people. As a result, banks took the responsibility to provide loans with some conditions.

Electronic money is what we know as credit or debit cards. It is a way to store currency electronically and one can withdraw money by using an ATM. During the 1920s, individual firms in the US started to issue credit cards for customers. Purchases were only available internally at company locations. Nowadays, this model is used by businesses such as Starbucks. Customers receive a loyalty card on which they can add money and pay with it at any Starbucks location. They receive points with every purchase. With Oveit, economy owners can create a closed-loop environment, which works under the same principle. It is up to the economy owner to decide which vendors are part of it and members can easily be rewarded based on purchase behavior.

In 1950, Diner’s Club introduced the first universal credit card, which could be used within different locations. In 1958, American Express revolutionized the use of credit cards. It was the first credit card to be accepted internationally. In its early stages, these cards were made of paper, with the account number and customer’s name typed. After one year, in 1959, American Express began to issue plastic cards, an industry first.

In our days, credit cards can be stored on mobile devices. Services like Apple Pay and Samsung Pay enable customers to pay by simply tapping their phones to a point-of-sale terminal. It replaces the need to carry a physical card in your wallet.

In 2008, Bitcoin was the first cryptocurrency to appear. Satoshi Nakamoto, whose true identity is still a mystery, was the one that mined the first block of the Bitcoin network, piloting the blockchain technology. The most important differentiator of crypto payments is that transactions are decentralized, without a governing body. Transactions are stored in individual blocks and are immutable. Cryptocurrencies are not tangible, and they don’t possess a physical value. Businesses begin to realize that using crypto payments results in lower transaction fees. Without intermediaries involved in the process, traditional credit card fees are not an expense anymore. To give you an understanding of the evolution of crypto, as we speak, there are 5000 cryptocurrencies out there.

Update 06.12.2021
The same blockchain technology is powering non-fungible tokens, enriching commerce and experiences. We have a section that focuses on how to mint and sell NFC tickets on our platform.

Quite a long journey, isn’t it? The evolution of money indicates technological and economic development. From exchanging cows and chickens to digital currencies, humankind never fails to adapt and find innovative alternatives.

At Oveit, we are truly impressed by how money evolved over time. Our closed-loop payment solution wouldn’t be in place without this continuous development and eagerness to dream big. We want to focus more on local economies and their overall well-being, providing them with our Economy as a Service solution.