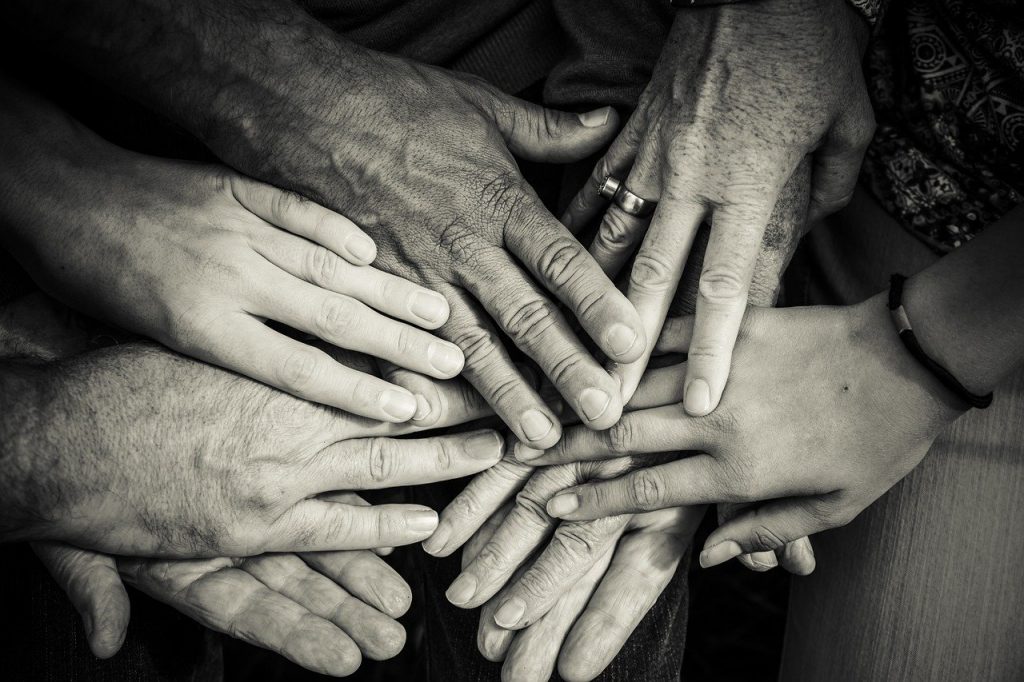 Building a transparent economy for people in need

There are as many as 500,000 people experiencing homelessness in America. Governments allocate funds for shelters and food, but poverty is still a big challenge in many parts of the world. Some consider that these funds lack the right amount of transparency, leading to unfair and insufficient allocated resources for those in need. The long chain of intermediaries and lack of transparency are the main challenges when it comes to distributing funds in general, but especially for homeless shelters and other social services.

Unfortunately, these are questions that most government officials and citizens don’t have an answer to. There is no wonder why substance abuse, mental illness, and violence are so common among homeless people. The available data tells us that 37% are children, 8% are veterans and the remaining 48% are disabled.

Would you reconsider giving out some spare change to a homeless person if you were assured that your money contributes to their well-being? Personally, I would. This is not targeted solely for us, as the working class, but also for governments offering financial aid for people in need. If authorities cannot know for sure where allocated funds end up, how can we know any better?

In this post, we will go over innovative ways and available solutions aimed to distribute assets for people in need, instead of traditional ways of doing so.

Digital Tokens as an alternative in the Social Sector

Tokens have been around for quite some time. They were used in different forms, long before the emergence of blockchain technology. Usually, they can represent any kind of economic value. Some examples of tokens are casino chips, vouchers, gift cards, bonus points within a loyalty program, club access tokens such as a stamp on your hand, club memberships, and so on. They include in-built counterfeiting protocols to prevent people from cheating the system. In some countries, recyclable bottles might be looked at as tokens. To purchase a product that is stored in a recyclable bottle, one would have to pay a certain amount on top of the initial price. Losing the bottle means that you lose your deposit.

Nowadays, tokens have evolved considerably. We mostly find them in digital forms rather than paper vouchers or plastic coins. The most important achievement is related to the underlying technology used by end-users to share and exchange such assets, that of blockchain. Many find it as a breakthrough alternative to transparent and decentralized transactions. To keep on track, let’s get back to how this innovative solution might help people living in poverty and assure a secure and transparent purchase behavior.

An increasing number of charities and non-profit foundations shifted away from traditional ways of receiving donations to accepting donations directly from donors through bitcoin and other cryptocurrencies. On top of that, a number of foundations created their own ‘charity tokens’ to raise money for various social impact projects. For instance, the Clean Water Coin enables donors to purchase and donate by using cryptocurrencies, without any additional fees and intermediaries involved in the process.

In a recent study, the United Nations concluded that one in every five people globally lacks a legal identity. For refugees that are always on the run, the rates might be higher. The Humanized Internet is a project that enables vulnerable people to store their identifiers, such as birth certificates or university degrees on a blockchain, taking the form of distributed digital lockboxes. This way, people that have challenges with maintaining physical identification copies can take advantage of their privileges.

A relatively new social innovation project, called Greater Change, provides homeless people with QR code badges. Pedestrians who wish to help can simply donate by scanning that code with their phone camera and make an online payment in a matter of seconds. That donation is transferred into a personal account managed by a caseworker, whose duty is to ensure that donated money is spent on real needs, such as rental savings, food, or a new identification document.

“The problem we’re trying to solve here is that we live in an increasingly cashless society and as well as this when people give they worry about what this money might be spent on,”

GiveTrack positions itself as a revolutionary donation platform. It enables donors to track their donations in real-time, providing transparency and accountability to donors by sharing financial information and live project results. Compared to traditional non-profit systems, this one offers low to no transaction fees, traceability of funds in real-time and cryptographic security. Fraudulent actions are nearly impossible to intervene along the way.

As we live in a cashless society, helping others in need can be a real challenge. However, it is great to see that people become aware and act accordingly. GiveSafe proves again that it’s possible to help others in a cashless world. This solution enables people to invest directly and with clarity into someone struggling through homelessness. The app sends you a notification when you are passing by a person living in poverty. You have access to their personal stories and critical needs, providing you with a better understanding of their current situation. The payment is processed through the app and donations can only be used at partnered stores to buy what they need to survive or leave the streets.

Using Oveit to help those in need

Not long ago, we started to think out of the box and identify different applications for our cashless solution. We concluded that our available features could extend far beyond events & venues, with economies and communities as relevant candidates. Therefore, we decided to categorize our software as an ‘Economy as a Service’ solution, with a lot of potential use cases.

Among the different use cases, we consider that Oveit could be a viable solution for helping those living in poverty. How exactly? Well, our technology enables economy owners to onboard external vendors and become part of it. The economy owner, which in this case might be a local authority or other organization has total control over businesses part of the economy. As we talk about people in need, the process of adding money onto digital wallets takes a different turn. The economy owner has the option to top-up digital wallets with a certain amount, replacing the need for the end-user (people in need) to do so.

The digital wallet can take on different forms. Ranging from wristbands to cards or QR codes, economy owners can decide on the most relevant formats based on their needs and environment. Transactions are 100% transparent and the available reports enable owners and vendors to see goods and services purchased.

Our technology is also used for access control in designated areas. For events & venues, we have a lot of active use cases, where organizers require attendees to purchase a special ticket category to access let’s say a ‘VIP’ area. With Oveit, such information is stored and ready to be claimed with a simple tap of the hand thanks to an NFC wristband, card, or QR code. All entries are recorded in real-time and the available reports provide organizers with exact entry numbers and other attendee information requested in the registration form.

This feature might be a viable solution to keep track of the presence of homeless people in designated shelter facilities. If for instance an individual doesn’t check-in for three nights in a row, authorities can further look into what’s going on.