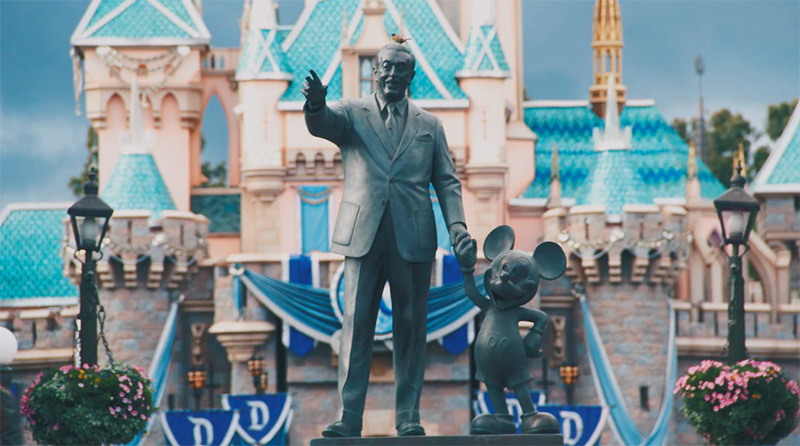 This guy built an $130 billion business in a recession. You can too.

“If you can dream it, you can achieve it.”

Are you working in the live entertainment industry? Then you’ve surely heard a lot about the man behind this quote.

His life had a rough start, in a rough family. Art was his way to create a dream world, one he could find comfort in.

Dreams were the place where he found freedom. Later on, he shared these dreams by building two of the most iconic entertainment businesses, during two of the the hardest times the world has ever known.

His first business started after he returned from World War I, in the post-war recession. It began in a small office in Kansas City overrun with mice. He didn’t find them all that troublesome. “One of them was my particular friend” he said.

It all began with a story about the little mouse. He thought of calling it Mortimer. “Mortimer? Let’s call him Mickey”, said his wife.

This was the early start of the Disney Company. It was started in a recession and fuelled by Walt Disney’s hope that he could bring his dreams to the world and make it a little better.

Building an $130 billion company from scratch

As the company grew, Walt decided he’s going to build another dream world that he can share with the world. This was the world he imagined and took refuge in when he was young.

Walt was inspired by his two daughters and built what is now Disneyworld. The Disney Company’s board of directors were not on board with the plan. But that didn’t stop him. In the middle of the 1950’s recession he mortgaged his life insurance, stock holdings, house and furniture to purchase an orange grove near Anaheim, California and built an 185-acre amusement park. After he secured the founding, the board finally relented and backed the park. It launched in 1955 and soon transformed into one of the world’s most popular tourist attractions. Now it’s a part of Disney, an $130 billion legacy of the power of dreams.

“All the adversity I’ve had in my life, all my troubles and obstacles, have strengthened me… You may not realize it when it happens, but a kick in the teeth may be the best thing in the world for you.” said Walt.

Which popular companies started in a recession?

It was not just Disney that got started in a recession and in troubled times. It’s Netflix, Airbnb, Revlon, Microsoft and a whole lot more.

The legendary Woodstock Festival came to be in 1969. At the time the US youth was fighting against involvement in the Vietnam war. It was a time of unrest and fights for civil rights.

How to start an entertainment project that can go global with live streaming?

This is a good time to follow your dreams. Yes, live, in-person events, have taken a hit and it’s really hard to get people together safely. But online streaming is growing. Newer generations consume live media like no other. There are no more physical limits now. The world is your stage. You can set your plan in motion with live streamed events.

While you’re pondering how you’ll bring your dreams to life do try this Music for Concentration playlist. It’s my go to when working on creative projects.

If you need to find help on how to start a billion dollar project in a recession, using online streaming, you might get help from the creator of Netflix, Reed Hastings. The recording is named “Reed Hastings on Building a Streaming Empire”. It helped us a lot when building Streams.live.