Social networks are a big part of today’s life. We’ve all heard that “if you’re not on Facebook, you don’t exist”. We have discovered the power of Snapchat and Instagram and how to use them to rock our events. We talked about email marketing. Today it’s time for Twitter.

According to Statista, in the first quarter of 2017, there were over 325 MM active users on Twitter.  So I think it’s safe to say that Twitter can be remarkably useful when planning to market your events. 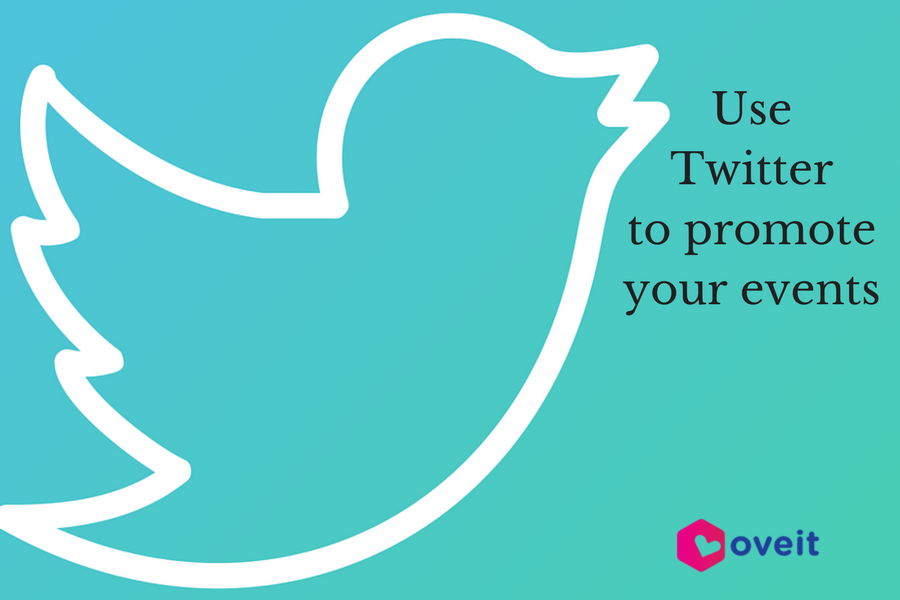 But keep in mind that you must be short (there are the  280 characters and 140 seconds limits) and fast on Twitter, so adapt your message accordingly.

Here are some ideas that can be used on Twitter to increase visibility for your event :

Don’t forget to be human

Social media platforms were created for the human to human interaction, so try using a less formal tone of voice. Be proactive and engage with your followers in dialogues.  If someone asks you something simply answer the question. If you see something that you like let the world know (by pressing the little red ♡ or retweeting the post).

Use a proper  #hashtag

A hashtag is a type of metadata tag used on social network and microblogging services which makes it easier for users to find messages with a specific theme or content (Wikipedia). It brings together all the posts that have a certain #, making the search easier. We all know how important hashtags are, especially on Twitter. So it’s important to select a relevant # before you start to communicate your event. But be careful because one # can be used for many purposes (you can’t claim one just for yourself) so before launching it online verify it isn’t already in use.

It seems that, like all social platforms, Twitter too favors visual posts. So, whenever possible, include photos in your posts. Reports from Buffer claim that posts that include pictures receive 150% more retweets and are more likely to generate engagement. Of course, “just death and taxes” are certain in life, so you should test to see what works best for your particular case. But if you don’t have the time to test…go visual. 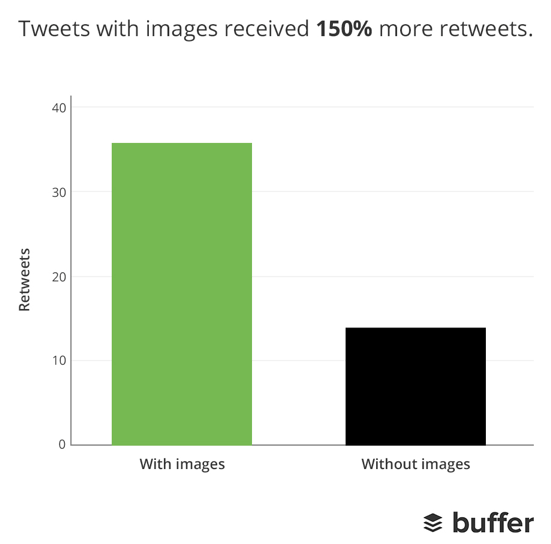 Although, as mentioned before, is very important to be present, there will be moments where it will be impossible for you to be online. We all know it’s better to post when your followers are more likely to be active. Apps like HootSuite and Buffer work wonders in these situations. And they also save you precious time.

Everyone should be engaged

Maybe you are the mastermind behind the event, but there are many people involved in it. Colleagues, caterers, sponsors, performers etc…ensure that everyone is involved in your Twitter talks and that they all are using your hashtag. It helps you to create buzz and also and shows that you all are just one big team.

A great way to create engagement and show your followers that you care more than just their money is to create polls. See what they want and implement it into your event. Maybe you can’t use a poll to select the location or the main artists, but there are aspects that can be decided with the help of your followers. And this is a great way to show them that their voice counts.

Just because your event started it doesn’t mean that you should stop interacting with your twitter fans. Use live tweets from the event and live video to keep your followers up to date. Not all of your followers were able to make it to the event, but they all want to hear from you; otherwise, they could just stop following you.

No matter what your event is, one day conference or a 5 days festival, its superpower is bringing people together; and for this to happen people should first hear about it. Luckily we live in a time when it takes just a few seconds for your message to travel from U.K to Australia (200 years ago it would have taken 100 days for it to get there). Social media networks are the most powerful marketing tools of modern days, it would be a mistake to ignore them.

To better understand the power of Twitter we should take a quick look at the numbers of the most retweeted posts.

#1. On the 5th of January Yusaku Maezawa, the CEO of Zozotown posted a tweet announcing that is willing to donate almost 1M $ to the first 100 users that follow him and share that tweet. 5 days later and he has over 5.4 M retweets. 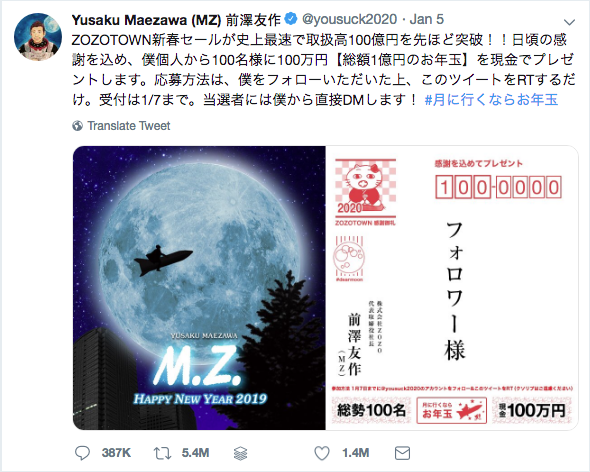 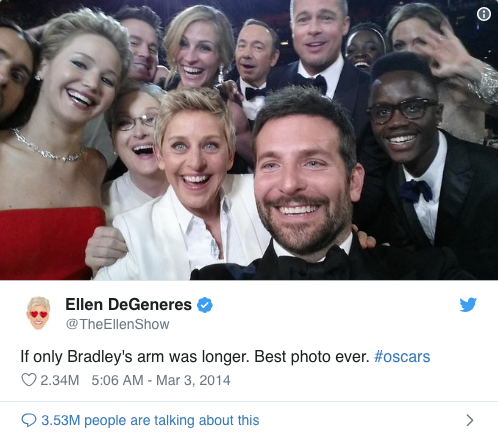 Yes, these are definitely exceptions, but a great way of showing the true power of Twitter (and social media as a whole). You will probably never make it to this Top3, but a powerful message will make it to your current and future attendees. Also, besided using great social media tools to promote your event, consider using an event registration software to keep all the important data in a secure place.