As the northern hemisphere melts down under the mighty sun I had the greatest idea ever (not!): why don’t I write an article about cashless payments for water parks and how the industry adapts itself. Because what can be cooler (pun not intended) than documenting exotic water parks while you ride a crowded subway to work? But this article walked me around the world, helping me discover incredible destinations, epic constructions, and some interesting ways of using cashless payments within water parks #tech. 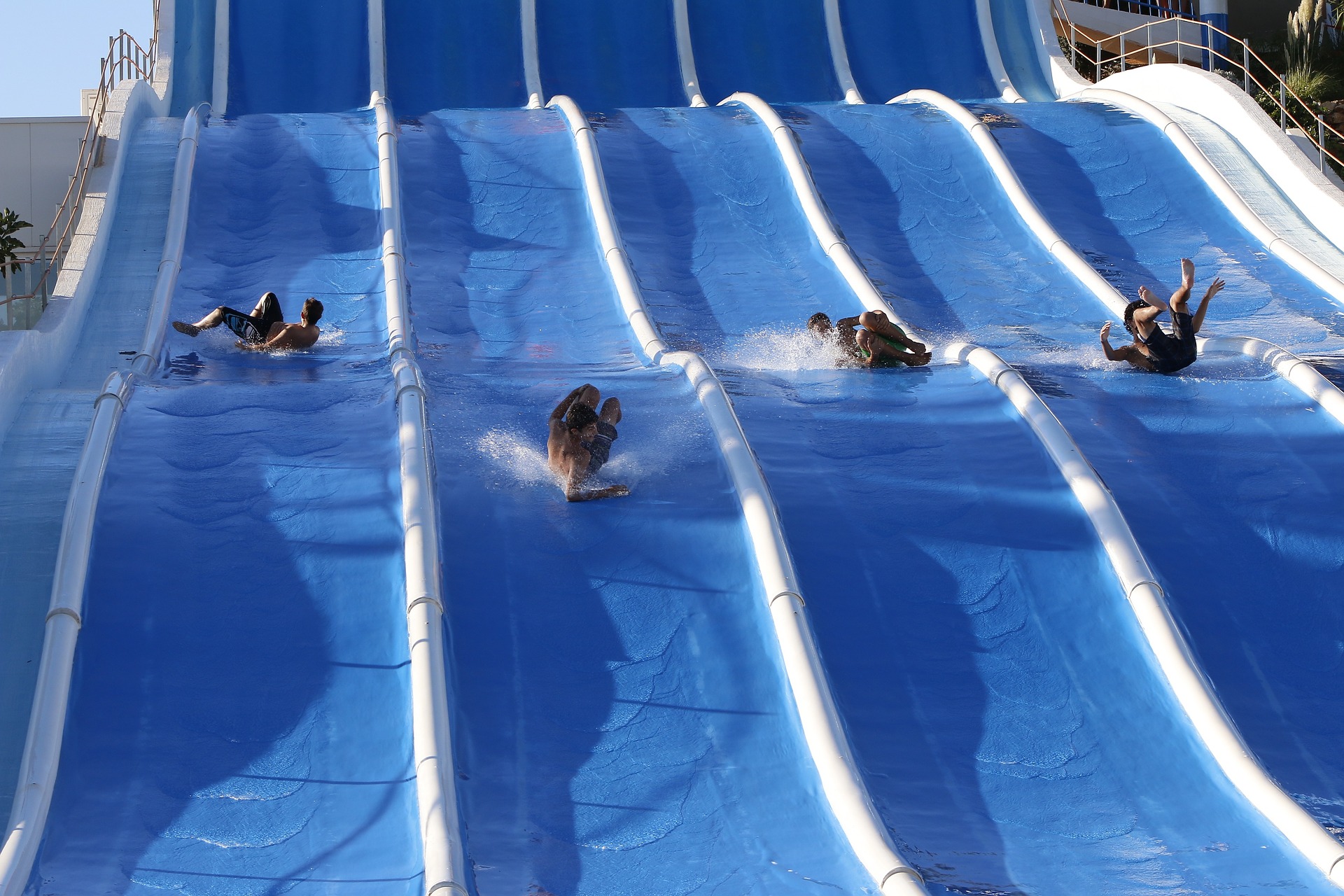 I found up some interesting facts about water parks:

The Waterpark Capital of the world is…Wisconsin Dells, Wisconsin. But although Wisconsin is home to the biggest water park in the U.S.A. (Noah’s Ark Waterpark) and has more water parks per capita than any other place in the world, the state of Florida leads when talking about the number of attendees; the biggest four locations gathered over 7.2 million people in 2016.

The biggest indoor waterpark in the world is Tropical Islands, situated 60 km outside Berlin. The building was initially designed as an aircraft hangar and it’s one of the biggest self-supported halls in the world (the dome is 107 meters high)… It’s spectacular! Tropical Island Resort also opened an outdoor section which helped them bring in over 1.1 million attendees in 2016 (a spectacular 13% increase if compared to 2015).

Speaking of leaps forward, another European Waterpark holds the record for the biggest percentage increase: Siam Park, located in the Canary Islands, opened its gates for over 1 mil guests in 2016, a 15% increase if compared to 2015.

When speaking of the total number of guests the gold medal goes to Chimelong Water Park, from China, which had over 2.5 mil attendees last year; that’s about 600.000 more than South America’s most visited water park, Thermas dos Laranjais.

As I was saying…it’s hard to concentrate when things are melting down around you. Fortunately, there are plenty of places that can help us overcome the heat, and water parks and pools are there to help. But you know what is not helping? The need to carry cash and/or cards when we are in our bathing suits…

I’m an advocate of using NFC technology for water parks, a technology that can make the experience a better one for attendees. How? By linking the wristband to a customer account and crediting it (so there will be no need to carry cash around or periodically visiting the locker to grab some more). Also, the wristband can replace the key to the locker, helping attendees concentrate on the only thing that should be important while they are on site: having fun!

“Paper and coin currency in water parks will go the way of the dinosaur,” said Buddy Wilkes, from Shipwreck Island Waterpark, Florida. And I totally agree.

The idea of using a wristband for contactless payments isn’t new and the technology has been used for some years in the industry but this year we witnessed something great. Orlando Volcano Bay, opened in May 2017, took the technology one step further: their waterproof wristband, Tapu Tapu, announces you when it’s your time to use a ride; this smart wearable it’s not just for cashless payments, it also waits in a virtual line for you, so you can do something else until it’s your time to use the ride.

There is one more great benefit of using wristbands for contactless payments (and also to store access credentials and to unlock your locker) and I let it last on purpose; not because it is not important, but because I want it to be the idea that you’ll stick to: going paperless will make a big change to the environment. This totally slipped my mind, but the guys from Waterbom Bali helped me realize how important this benefit is to us all. It’s been over 7 years since they first started using waterproof wristbands for cashless payments and are happy about the improvements made: because they are aiming to be #1 water park in the world that cares about the environment. Maybe this is why people love them some much and voted them as the number 1 water park in Asia in the Tripadvisor TraveleresChoice ranking. You rock, guys!