Top Largest Gaming Conventions and Events in the World

Gaming has taken the world by storm and it seems it won’t be stopping soon. eSports, mobile gaming, huge investments in developing increasingly impressive games have all been factors in creating a global gaming phenomenon.

Gamers and gaming industry representatives gather and interact each year in some fantastic events. We decided to take a loom at the top largest gaming conventions and events. So here they are:

PAX, the event formerly known as Penny Arcade Expo, is a series of gaming events held in Seattle, Boston, Melbourne, and San Antonio. Though the exact number of attendees has not been published since 2012, we know that it has been on the rise and you should consider a figure way above 70 000.

The event was created by Jerry Hulkins and Mike Krahulik in 2004 as a gaming – only event. Jerry and Mike are also the authors of Penny Arcade, an webcomic focused on gaming culture. Following the success of Penny Arcade, they’ve decided they need a place where gamers can get together and experience their favorite hobbies together. So PAX was born.

The first edition was attended by 3 300 people in Bellevue, Washington, at the Meydenbauer Center. As the word spread out PAX moved to other cities and then other countries. In 2013, PAX arrived in Australia. That same year, passes for PAX Prime, the original Washington Festival, were sold out within 6 hours.

To make room for the incoming stream of game developers interacting with the gaming community, a new event was born within the PAX ecosystem: PAX Dev. As the event’s website states “PAX Dev is about elevating the art and creating a place to share, debate and learn.”

Igro Mir (meaning “Gaming World” in Russian) is the largest games event in Russia. It is organized by the committee of Russian Game Developers Conference in Moscow every year since 2006.

While many things can be said about the conference, like the fact that it grew steadily since its launch, that the event took Moscow by storm and more, a certain pattern comes up when it’s being reviewed. Can you notice this beautiful pattern?

The event features more than 120 000 sq. m. in exhibition space, over 3500 games showcased and visitors from more than 30 countries.

ChinaJoy is growing rapidly and expects over 270 000 attendees this year.

The Tokio Game Show or TGS started in 1996. It is held once every year, in September, in the Makuhari Messe, in Chiba, Japan. The show is focused on Japanese games but often international game producers attend the event to showcase upcoming titles.

The event grew steadily since start and has reached a record of 270 197 attendees in 2013.

This year the number of expected attendees is 230 000 and the theme is “Press start to play the future”, a take on how the gaming industry is redefining the future of entertainment.

This year’s theme has been illustrated by Ippei Gyobu who mentioned his view on the impact of games:

“The game world is moving from monitors to headsets, and at some point gamers will probably even remove the headset. Is that world real or unreal? Games are creating the whole different concept of the world! The Tokyo Game Show has continually delivered to us the history of those revolutions, and is turning 20 this year. I can’t wait to go see a new revolution. “

In 2015 Brasil Game Show attracted more than 300 000 attendees which makes it the largest event of its type in Latin America.

BGS is a mix between gaming, cosplay, entertainment and business opportunities for gaming industry professionals. Its main expo area is focused on B2C but there is also a special B2B space where entrepreneurs and professionals can meet and interact.

The show was created in 2009 by Marcel Tavares, an entrepreneur and journalist. One thing about Tavares is that he really likes video games. He likes them so much that throughout the years he has acquired 350 consoles, 3500 games and hundreds of accessories.

BGS grew at a rapid pace and the reason for that is the high potential of the LatAm gaming market.

A report by Superdata puts the gaming market in the region at $4.5 billion, with Brasil accounting for 35% of this figure: 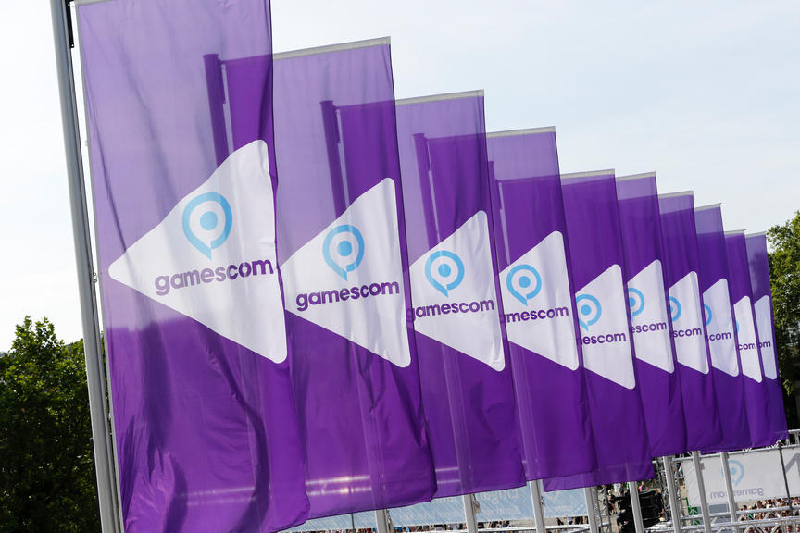 Gamescom gathered 345 000 attendees and 806 exhibitors in 2015. The European gaming convention brought in people from 96 countries to attend 4 days of gaming extravaganza.

The convention, held in Koelnmesse in Cologne, North Rhine-Westphalia, Germany, is organized by the Federal Association of Interactive Entertainment Software. For four days is home to game developers showcasing their creations and avid gamers interacting with them.